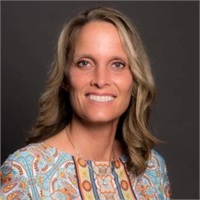 Angela graduated from Brigham Young University where she studied Public Relations and Sociology. She enjoyed a successful career as a specialized project manager with a large supplement company. A significant part of her responsibility entailed educating individuals and groups while also problem-solving as concerns arose. She chose to put her career on hold to take on her biggest goal of being a full time wife and a mother to three very active boys. Whether in an office or around a kitchen table, Angela believes that good communication is the base of any successful relationship.

As her boys have grown, Angela revisited her plan of heading back to the workforce. After years of being affiliated with the firm, Angela decided it was time to take a front seat role. Going back to her roots of strong communication, she prides herself on getting to know her client’s goals and concerns in order to provide wise investment strategies that help her clients successfully navigate their financial future.

Angela loves finding physical challenges and then meeting those challenges. She is an avid runner and triathlete and has completed many races including 5 marathons and every distance of triathlon, including a full Ironman which entails a 2.4-mile open water swim, 112-mile bike course, and 26.2-mile run. Accomplishing that goal after months of intense training solidified her belief that ambitious goals can be achieved with commitment to a good plan, hard work, all while surrounding yourself with a great support team.

Angela is a mid-western girl that for the past 15 years has found a new home in Washington. She loves spending time with her husband and three boy’s dirt biking, discovering new restaurants, and working out in the gym or the great outdoors. When she has some quiet time to herself, she loves devouring a good book.