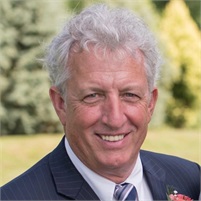 Jeffrey G. ( JG ) Moormeier is a native of Seattle Washington.

For three decades Jeff has been aiding families and friends navigate the road to reach their financial goals and objectives.  Jeff uses "old fashioned principles" and "state of the art tools," a great combination of time tested wisdom and 21st century technology.

Jeff has been a financial advisor for over thirty years.  He left Merrill Lynch in 2002 and started his own financial services firm. His former company JG Moormeier Financial merged with City Fiduciary Group in July 2019.

JG believes that financial planning is a process not a destination.  He uses a values based approach to financial planning.  He helps his clients get really clear about their deepest values and objectives. He believes everything falls into place after helping his clients identify their major lifestyle mile posts.

He is an avid snow skier, PSIA Instructor.  He teaches at Stevens Pass, Crystal Mountain and in Austria and Switzerland from time to time.  He is Cascade Bicycle Ride Leader.  He is also a very loud Rock Drummer!  Jeff has been married to his wife Jean since 1984. Jeff and Jean are both US Army veterans.  They have four children and four grandchildren.